Last month I described a method whereby stochastic mapping can be used to estimate ancestral states when tip states are uncertain or unknown. An ancillary benefit of this approach (now implemented in the 'phytools' function make.simmap) is that it can also be used to get posterior probabilities on the states for those uncertain or unknown terminal taxa.

Marginal ancestral state reconstruction using the re-rooting method of Yang is implemented in the phytools function rerootingMethod. This method works by taking advantage of the fact that the normalized likelihoods at the root node from the pruning algorithm are the same as the (posterior) probabilities of each state at that node (Yang 2006) - that is, assuming our model of evolution is symmetric. That means that we should be able to re-root the tree at each internal node and compute the marginal ancestral states (posterior probabilities) for that node via one post-order tree traversal.

To get the posterior probability of tip nodes is simple - we just re-root the tree at the tip of interest and then compute the normalized conditional likelihoods for that node. These are are empirical Bayes posterior probabilities for the tip states, given our data & fitted model of evolution.

The code for this new function is here; however if you want to try it out, you might want to get the new non-CRAN build of phytools (phytools 0.2-41) because this function calls some internal functions of the phytools package (which it won't be able to do if you just load the function from source).

Here's a quick demo of how it works: 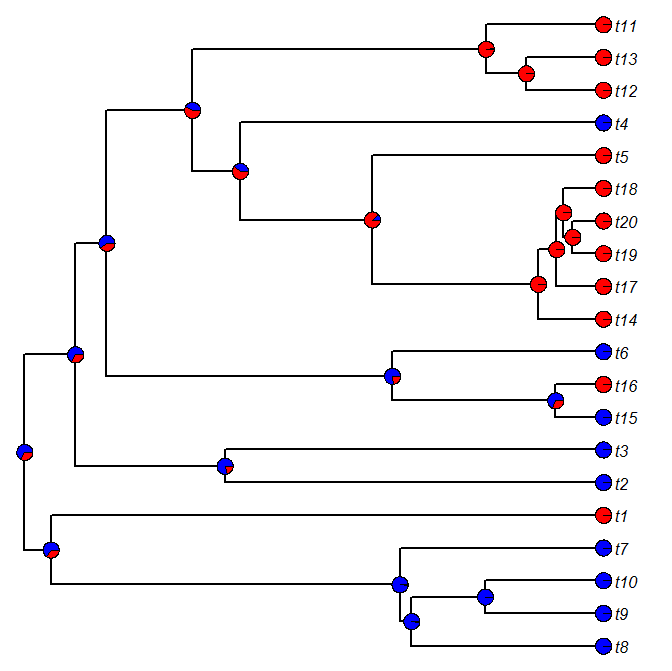 OK, now let's pretend that some of our tip states are uncertain/unknown: 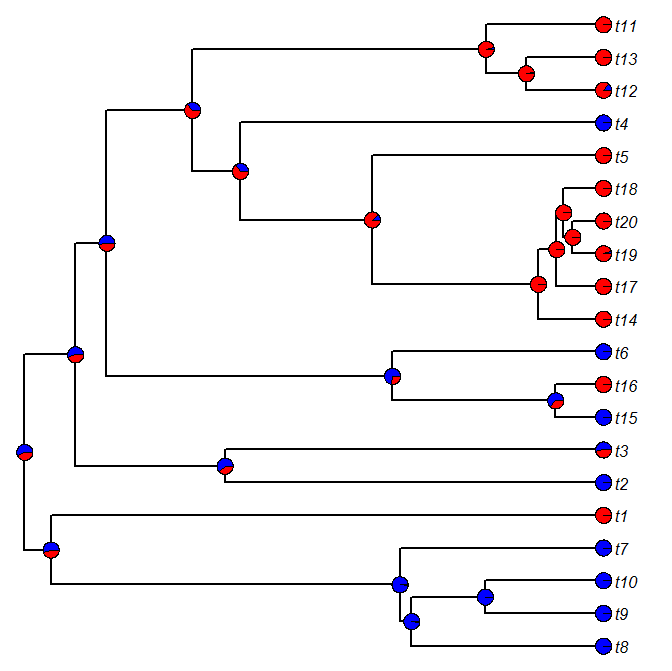